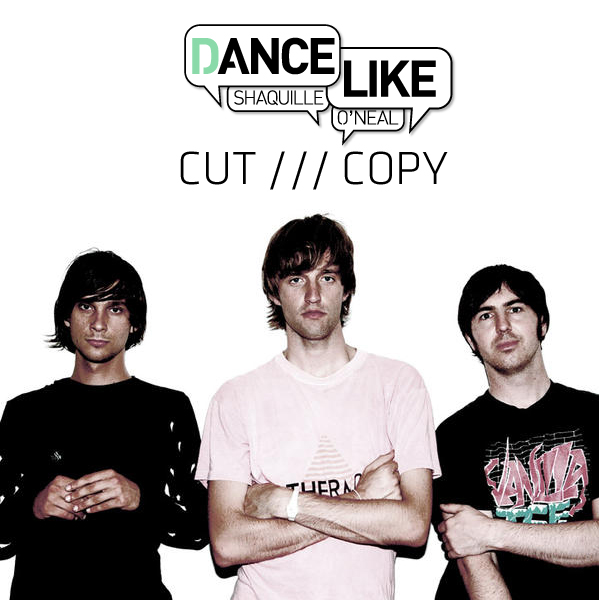 Let’s start another week in the best way possible. This is the interview we made with Cut Copy’s Ben Browning. Enjoy it.

Francesca Schizzo) Hi! Introduce yourself to our followers

Hello my name is Ben Browning and I play the bass guitar in the dance band cut copy from Melbourne, Australia.

FS) You’re coming back from the mother of all festivals, the Coachella. How was it this time?

It is an amazing festival. It’s almost surreal; this beautiful polo field in the desert surrounded by mountains, incredible bands, danny devito and we had a great crowd. They seemed to jump and up down the whole time. It was amazing.

FS) “In Ghost Colours” is such a perfect record, i would have probably stopped making music and live out of glory. When did you understand the time was right to work on “Zonoscope” and what were you inspired by this time?

We toured IGC for a long time it seemed. probably two years. I think we were really inspired to do something new, something different.
Basically once we got off the road, we took a few weeks break and then started to work on new songs. I think traveling to so many different countries inspired the record. We were also buying lots of old records whilst on the road and some of these informed our new sound. There was a sense that we wanted to create an atmosphere on this album that conjured the feeling of another world. Working on the tracks in a cold warehouse in Melbourne, we imagined the songs to exist in a tropical, jungle world.

FS) With the new album coming, did your way to set up lives also change? You have always played a lot with lights.

We wanted to re imagine our sound for this album and we did have to adapt our live show to fit. That meant bringing in some new synths and a bunch of live percussion, as percussion features so much on the album. We’ve been developing a pretty serious light show this year, it seems to be evolving with more and more lights every month.

FS) This 10 years together, many things surely happened. Which is, till now, the greatest satisfaction? And the most awkward and absurd moment?

I think the most satisfying thing has been the steady growth of the group. We haven’t ever felt the pressure of being the world’s biggest band or anything, we really just concentrate on making music we like and continuing to develop our sound. People seem to be responding to this approach really positively. Now we are starting to play to some really big audiences around the world and especially in the USA. Playing at last year’s Lollapalooza festival in Chicago was a real highlight for me. There were 15, 000 people or more and the sun was setting behind the city as we played. It was surreal and inspiring.

FS) I was about to ask whether you still live in Australia or not, but then i thought no mentally sane person would have left such a beautiful place. Instead of making records, wouldn’t you love to surf the whole day? Ok, for real, how do you spend your free time? Many bands thing the secret not to break up is not hang out with each other except for the band matters. Do you relate on that?

We actually do spend a lot of time together off the road as well. We are all great friends who enjoy similar things apart from music. I think being on the road together a lot is a challenge, but we don’t let our egos or selfish needs get in the way of touring. I love living in Australia, but it’s also nice to leave here in winter and spend time in Europe and America where the sun is shining.

I really like the last years Deerhunter and Ariel Pink records. Toro Y Moi’s new album is also amazing. I have been listening to that quite a bit.

FS) We’re done. It’s been an honour doing this interview. Say goodbye to our readers and leave us with a song.