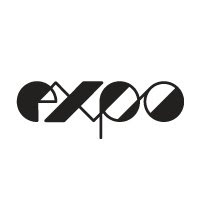 We were very impressed by “I don’t mind” and we wanted to know more about EXPO. So we take this interview, read it and spread the love.

1) Hello there, first of all, I want to congratulate you for the wonderful song. Really really good. How it turned out?

Though we love listening to edgier and grittier electro dance tracks, we were kind of fed up with the “aggressive” feel of some of those tracks.
Since long we’ve had a passion for those fantastic synthesizer sounds of the eighties and, as most people, we’re always excited about great pop tracks.
There’s something compelling about the relatively easy structure of most pop music. However, that right combination and placement of verse, chorus and bridge can really make a song shine. While writing songs, we noticed a combination of pop music and 80’s inspired synthesizer sounds was working out quite well for us.
Most of all, we tried to include some positive and summery vibes. After all, music can be fun !

2) The Belgian scene is very hot lately. How do you explain?

There are tons of Belgian dj’s and artists that have been very active in the underground scene. The last few years, we’ve seen a shift towards more mainstream genres but for some reason, great Belgian artists had trouble gaining attention abroad and reaching their target audience. Artists such as Teddiedrum, Villa and Aeroplane, have gained lots of attention through online media. Maybe the use of blogs and soundcloud, has given Belgian artists a platform on which they can showcase their talent.
More importantly, there are so many great Belgian artists out there and we do hope Europe and the rest of the world keeps on recognizing the fantastic tracks they produce !

We have no specifics at the moment as we’re focusing on properly releasing our first single.
At the moment we’re quite swamped with making the music video for I Don’t Mind.
The second single is ready and sitting on the shelf, eagerly waiting to be sent out to the world.
Finally, we’re still working on some unfinished tracks that show great promise.
So no EP in the very near future, but definitely an item on our to do list.

4) Everyone wants to know who is behind “Expo”, so don’t be shy and tell us something more about you.

Who we are and what we look like doesn’t really seem that important to us. It is (and should be in our view) all about the music.

5) We are done, say goodbye to the readers in your preferred language and recommend a song.

Another great newcomer on the Belgian scene and probably one that hasn’t reached across our borders to Italy (as far as we know) is the band SX.
Definitely check out their fantastic track Black Video.


Thanks a lot for all your support. We hope to meet you all at one of our dj sets, in Belgium or in Italy.
Keep an eye out for the music video of I Don’t Mind and our second single.