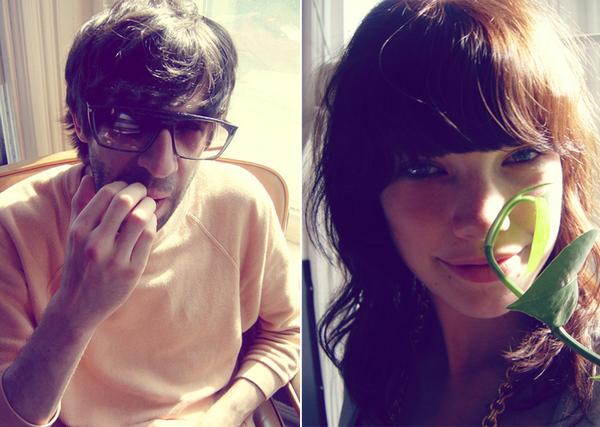 – In your debut you included a cover version of He Doesn’t Know I’m Alive di Janet Jackson, changing the title in Janet. Is that a kind of “hommage” to one of you idols or maybe more to a particular era of Pop music?

When we first started covering this song we had only about 4 or 5 of our own original songs written. We were being asked to play shows and knew we needed another track, at the time we were really into Janet’s “Control” album, particularly because of the production, and thought we could make the song our own in the live setting. People liked it so much, we decided to record it. We do love that album, but we don’t want to give the 80s pop thing too much credit because we are inspired by so many other things as well! But it’s obviously an influence.

– Listening to your album one can notice, like in the wonderful “Nap On The Bow”, that you took elements of 80´s Electro-Pop (the keyboards for example) R&B-inspired vocals and very futuristic minimal beats as main construction parts for your songs.

Was it a conscious process for you to chose those influences and use them as sound palette for your production?

This was completely unconscious. A lot of our synthesizers are from the 80s, so it has that vintage sound inherently, but we never consciously make the choice to do “and R&B vocal” or “a minimal beat”. We just do what we are feeling and what feels good, and record it. But it’s always interesting to find out what other people hear in our music, because it’s usually very different from our own perception or the experience we had creating it.

– You write songs with a big crossover potential, “The Ballad” could also be a Country- or Soul lost classic in it´s own contruction. Weren´t you tempted, during the recording of the album, to go for a more typical straight Pop production. Maybe trying to appeal a bigger audience and have a go at kicking even Lady Gaga´s plastic ass?

I don’t think we could do straight pop production even if we wanted to! There is no point in doing art that doesn’t come naturally, it will just end up sounding shallow and superficial, with no soul.

– Does it makes any difference writing songs together as a married couple? Would you say it makes it easier?

It makes it easy because we never hold anything back, we feel really free creatively with eachother – we are never self-conscious, and we always tell each other exactly what we think in the bluntest of terms. It makes our music better.

– Are there any musicians who inspire you particularly at the moment and, given the chance, with whom you would even like to work with?

There isn’t anyone current that comes to mind, all of the artists who inspire us are from back in the day…like Prince, Arthur Russell, Sade, The Cocteau Twins… These artists are all such legends that collaborating with them is unthinkable!