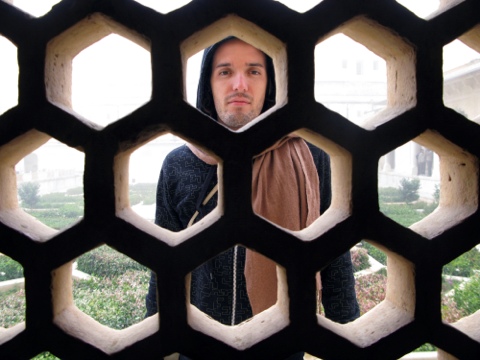 
1) Would you like tell us a bit about your musical history and how your career as DJ/producer started?
I started djing around 2000 on belt drive turntables. The tables were crap and I really learned how to ride the pitch– this helped temper my mixing for the swing of disco drums. Needless to say, disco wasn’t appreciated in North Carolina. During college I spent 8 months in Europe studying, traveling and djing. Upon returning to the states, I started editing and signed my first record to the Chicago house label Bumpin City. It came out in 2004 and, in hindsight, it was really bad! As of 2011, I have signed over 100 releases on labels like Bear Funk, Nang, Paper Recordings, House Arrest, Headtunes and my own label, Whiskey Disco. Due in large part to the notoriety that these releases have brought me, I’ve been able to DJ all over the US and travel to DJ Asia, South & Central America and Europe.

2) Do you remember the first Mix you recorded on tape/hard-disk and the tunes you mixed in it?
I made mix tapes for all of my friends on my belt drive tables. They were a testament to my friends’ devotion to me. I was actually speaking with a close friend about these recently. I sent him a copy of 5+1, we joked about the contrast between the rough-shod tapes and the fluidity achieved in 5+1. That being said, those old tapes had the likes of Guidance, Classic Music, Bob sinclar, the Bee Gees and Paper Recordings, all of which I would still play today. My tastes have remained along the same lines with a focus on groovy music ever since I started djing.

3) How was it for you to get to mix your Headtunes Recordings label-mates for the compilation “ 5 + 1 ”, and which was your technical approach to the mix?
I’ve been fortunate enough to release a number of tracks on Headtunes and have been friends with the crew since their first release, this intimate familiarity with their catalog made it easy to select the music for this compilation. I chose my favorite tracks and added a few of my own selections to highlight their catalog in light of current house trends, but also point out the timeless qualities of many of these tracks. Tracks like Audio Soul Project’s remix of Z Track 05, Joshua IZ remix of The Ride and Jesus Pablo, C Major are all great house tracks that should be as relevant now as they will be in 5 or 10 years. The technical aspect of the mix was developed very naturally, it took a few hours for me to figure out which tracks to use and what order to put them in. I mixed a rough draft, Marc and I listened to it and agreed it felt right. After a week, it still felt right and I mixed the final. It was a really easy process because the tracks worked so well.

4) What is in your opinion the secret of a really good mix, for club and for home listening?
The best mixes for a club environment are a balance of material and grooves that are recognizable enough to engage those that don’t know and obscure enough for those who do. I’m a very strong believer that most people don’t want an education on the dancefloor—they want to have fun and lose themselves in the music. My favorite at home mixes are similar but with a slower tempo or lower energy level.

5) Is there any Mix CD- Tape that in your opinion every DJ/Dance Music fan should listen/own?
My favorite mixes are usually mellow ones with a good rise in energy from beginning to end, but they’re never really in your face or aggressive. Cole Medina’s first Disk Union mix is utterly amazing, Greg Wilson’s RA podcast is also quite phenomenal. I wouldn’t classify either of these as dance music, instead, they epitomize a good dj mix.

6) Which are in your opinion the DJs with the best mixing skills, at the moment and the ones you admired in the past?
I used to be a huge fan of the west coast house djs, Doc Martin and Mark Farina. Now, I’m more into Harvey, Prins Thomas, Roy Dank, Cole Medina or anyone playing interesting music. I don’t really pay attention to mixing and technical skill as much as selection.