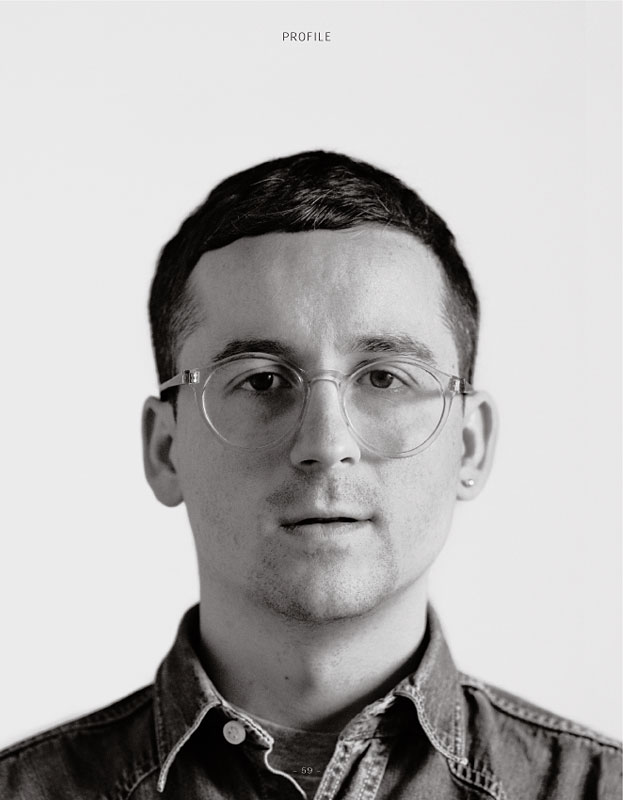 A typical question: introduce yourself to our readers.
Hi, I’m Alexis from Hot Chip.

Fair enough. What kind of music did you listen to when you were a kid?
Uhm… I listened to Hoagy Carmicheal, The Beatles, Crystal Gayle, Beach Boys, Paul McCartney solo music, Prince (a lot), Dire Straits, Peter Gabriel and Phil Collins, Miles Davis, Classical music.

When you were younger did you use to go to the disco or you preferred the concerts?
I used to prefer to go to the concerts really. I’ve gone to more gigs than clubs over the years. I go to listen to djs, but not as much as I went to live concerts where there’s live performers.
I like Theo Parrish, I used to like Aphex Twin a lot when I was a teenager, so I went to things of his. Quite a lot Reaggae, used to go to like a regular Reggae night every week in London. All kinds of different music really, but house, garage and disco i like a lot, but I also like djs that are not kind of electronic, but they just play in pubs and bars. I like Soul music a lot.

Who’s the most surprising musician today?
I recently got into an italian musician that you might know, Franco Battiato. I really like his first few albums, the 70s records, but then I found what he’s doing now, so different from that. He’s quite a surprising artist to me cause he’s so completely variant in terms of what he’s ineterested in doing, from one era to the next, covering the Rolling Stones or Simon and Garfunkel and a long side making like progressive rock and synthetized music. I like Matias Aguayo, from Chile, he does quite electronic music, quite tribal sounding, not too regimented. Ornette Coleman, jazz saxophonist, he’s is probably in his 80s by now, he’s still one of the best, go check him.

What was your parents’ reaction when you first started your carreer?
I think that they were aware that i really like to make music, cause me and Joe started it when we were still at school, so we were kind making recordings and releasing records, even when we were in university. So i guess my parents were not that shocked. I went to university and i studied so I don’t think that they thought “what he’s he doing with music?” cause at least i continued my education. I manage to be a bit of both music and learning.

What about your side project (About Group)? How can you manage both the bands?
It’s not that difficult because the way the Hot Chip works, get together, making records together, spend a lot of time together, and then touring, and then we usually stop for like a year, take a bit of breath from each other, than come back…  So when I had a baby, I decided to have a bit of time off Hot Chip, and Joe had a baby about a year later, so in the time that he was taking off, I then did About Group stuff a bit more actively so when my daughter was a year or two old, so it just fit. I think that if you want to make music you find a way to do it. It’s not that difficult to have two bands, it’s quite diffcult to realize how different they are, when I get into the touring and you see the machincs of being in other band.

When I get into the touring and you see the machincs of being in other band you suddenly realize it’s quite a hard work being in bands: at least 4 people with different opinions about everything, different ways of doing things. About Group couldn’t really be more different from Hot Chip in terms of musical things but also in terms of approach to music. What is normal in one group is not normal in the other. People in About Group are more old school, have a punk attitude, they have the ‘do it youself’ attitude, also not compromising anything, and Hot Chip plays on a bigger scale, we don’t think that we compromise but the things that About Group might not wanna do Hot Chip maybe would be ok to do, so they are very different worlds to participate in. But also Hot Chip shares an interest in improvise music that about group has an interest in and Hot Chip has about group’s drummer on the last two albums. So there’s a lot of kinda crossover with the two bands.

And what about your video of Night&Day? It seems like a 90’s video, with everyone dancing in it, special effects etc. Who had the idea?
The director Peter Serafinowicz really came up with all the ideas for that video, cause he did one for us before I Feel Better. We liked his sense of humour so we asked him to made that one as well. I don’t know if it has anything to do with the 90’s, no meant to be.

Does this brand new album have a more clubby attitude? Was this your intention?
I actually think it has less of a dance attitude, cause it has more tracks that are slow, songs like Look At Where We Are. Who Has Been Your Love, Now There Is Nothing, it’s got more of that side as well than maybe ever before. But then the tracks that are kinda clubby like “Flutes and Night&Day I think that are more clubby than they were before, so I think we still have a balance but it’s more extreme. To me it seems like a logical progression from the last album.

My friend Luca (aka Mouth) thinks that there are too many bands in Italy trying to be hipster, but not as good as Hot Chip are. Do you know any band or dj from Italy from the modern alternative scene?
No I don’t know really much about modern Italian music. What should I listen to?