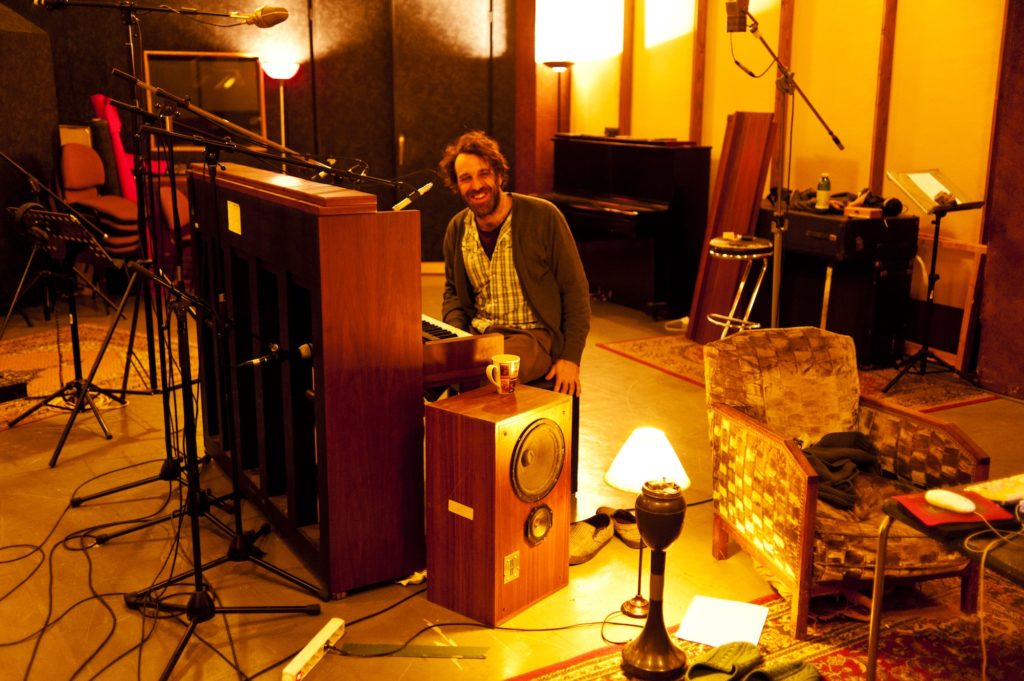 -Talking about your “Solo Piano” albums the critics namedrop by default Erik Satie as a major influence, adding Bill Evans and even George Gershwin for good measure. I personally can´t help to notice a subtle use of “blue(s) notes”. Don´t you think we should keep our collective mouth shut, stop trying to pigeonhole your work and take it, and enjoy it, as it is?
I think you’re being too hard on yourself and journalists in general. I am making piano music for an audience that probably doesn’t listen to a huge amount of it in most cases. So it’s natural for the journalists to find well-known references for those people to have some idea of what they’re getting into if they decide to invest their
time and money in Chilly Gonzales. Of course, I could add a huge list of composers and pianists that are more accurate in terms of who I’m actively ripping off on this album, but I would save that for an article for specialists. If all of the journalists really shut their mouth my music would undoubtedly reach less people so lest me take this opportunity to thank your mouth for dropping those names!

-Your first „Solo Piano“ album was a big success, acclaimed by critics and public alike. Did you expect such a positive reaction? And how did YOU react to this kind of success?
My biggest concern when I released the first Solo Piano album was “will my underground fans ALLOW me this indulgence or will they just wait for the next prankster rap album?” As it turns out, most of them came along for the ride and I ended up expanding my fan base. I had an inkling that the album might be a breakthrough while I was
finishing it, mostly because I tested it on friends and colleagues and their reaction was very encouraging. But I never let myself dream too much , no matter what the project, because friends and colleagues sometimes lie to your face.

-Your tune “Never stop” was featured on a Apple commercial. Weren´t you worried about a possible “Judas!” reaction from some of your more underground inclined fans?
Not at all. My fans were happy for me. It was another “Where’s Waldo” moment. I’m a pianist

-Three year ago in Paris you broke a record for the longest solo-artist performance, playing on stage for more than 27 hours. They shoot horses, don´t they? How was it for you?
It was great! I’m not sure I understand the equine reference.

-One of my personal favs of yours is “I´am Europe”. I would like to know which was the inspiration that brought you write those particular lyrics, that one particular day in Vienna moved me to tears, since you are a born canadian?
Thank you! My parents are European and emigrated to Canada in the 40s running away from some nasty Germans. So it was probably unimaginable for them to think that their son would return to Germany, only 50 years later, to make my name as an entertainer, As a Montrealer, I already came from a mix of Europe and North America. All that to say
that I truly feel as if I am Europe. I may be deluded, but I feel I can lovingly criticize Europe as an erstwhile family member who made his way home after skipping a generation. I was inspired to see if I could get those conflicted emotions across in the context of the most Eurostrashy of all musical genres, electro-disco.

-What have you got planned for the future? Tours, albums, collaborations, pranks or more records- breaking in the pipeline?
Working with orchestras as much as possible. I premiered my 1st Piano Concerto in Poland a month ago and can’t wait for the 2nd performance with the BBC Symphony in London October 20th. If I can do for the orchestra what I did for the piano this last decade I would be thrilled!