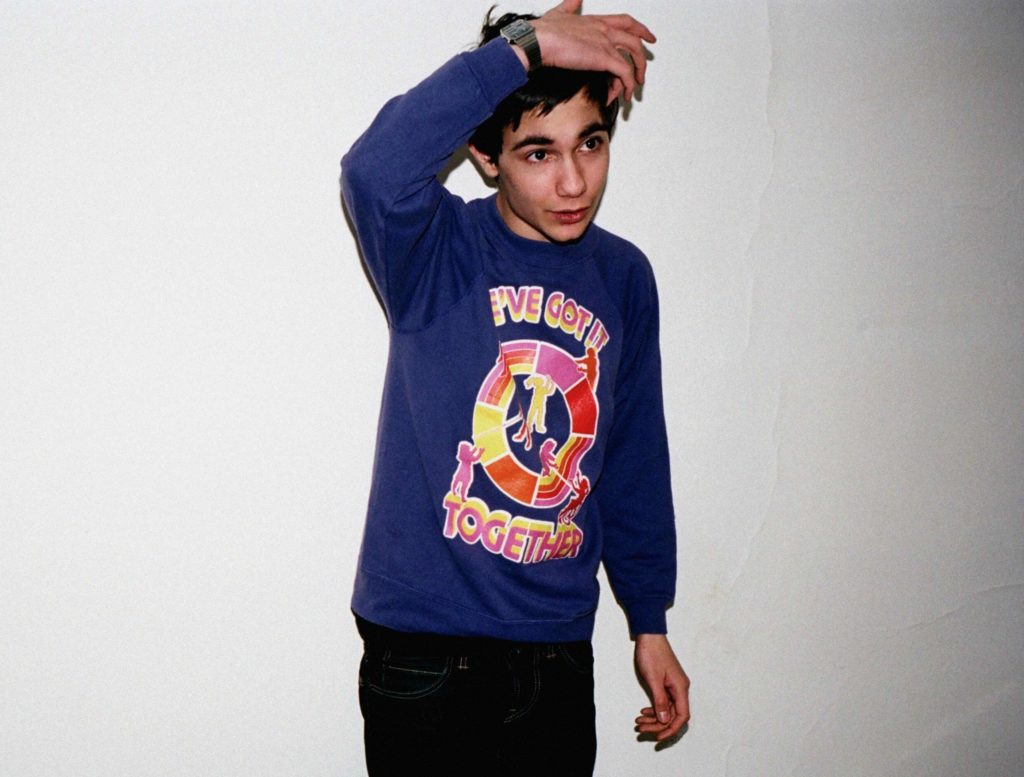 1) Hi Benoit, introduce yourself to our readers.
Hi, i’m Surkin, a dj and producer currently living in Paris. I manage a label called Marble with my friends Bobmo e Para One. We produce some artists like Sam Tiba and a lot of many others. Idj almost in the weekend.

2) If I met you in the street without knowing who you are, i could think you’re still at school and you organize parties for your classmates. What’s the first reaction of people when they discover you’re a top dj all over the world?
I guess they’re not surprised, i don’t know what they really think. There are so many djs in the world, everybody has a a friend dj nowadays so it’s not a so special thing.  It’s a job like another, you always know people that will do that job.

3) Your first album was edited by the Institubes, after you decided to found your own label, the Marble. A lot of artists need their own space after a while, is it beacuse you’re fascinated by the power of an higher position or for expressing yourself as you want?
Basicly Institubes was a kind of big family. With Bobmo and Para One we were very closed friends, after a while we decided to start together beacuse we shared the same vision, the same interests and the same purposes, it’s easier to work when you have the same structure and you have not to ask to someone else if you can do that thing or not, you are free to develop your own ideas.

4) In your opinion what’s the most influent label in France nowadays? And in Europe?
Except Marble (ride, ndr), i like the productions of  Bromance records, we are big friends with Brodinski, we also have some artists in common. (Al che prendo l’iniziativa per chiedergli se ha la predilizione per qualche nome in particolare, ma ha voluto essere politically correct e risponde con un generico ”they are all friends”). I also like the LuckyMe, the Numbers, the Gosthly Records, also if i’m not following their last releases.

5) I imagine you know very well Teki Latek. Would you like to describe a day in his company? Is he funny like he seems?
You could meet us going to a restaurant, he loves good food in good restaurants. Or in our office because we share the same office now. You could always find us working or eating!

6) Let’s talk about music, in particular about your friend Para One‘s last album. How amazing is it? I think we should invent a new class of adjectives to describe it: it’s so deeply brisk, silvery, like a synthetic soul coming at you. What’s your opinion about it?
I obviously am a fan of the album, it came out on Marble. We have been both involved in the process, i found out a lot of stuffs, i’m very proud of it.

7)  While i’m writing this interview, another long-awaited album is coming out, By Your Side of Breakbot. Have you listened to it? Would you like to comment?
Breakbot is really a friend, i’m very happy of the album, they absolutely wanted to give it some swing. It’s a very unique style, he did it very well, i think it’s a good project.

8) How has the Web reacted to your last EP –  I Want You Back – featuring the garage legend Todd Edwards?
It’s funny beacuse a lot of people discovered and appreciated the tracks also if we have very different styles and we come from dissimilar genres, it was a very funny work. We just did it for having a crossover experience, we didn’t expect anything. We had three days, we registered the tracks and this is the result.

9) What are your future projects? We have to expect everything from you.
I’m working on a new single, i still don’t know its title, i’m trying to finish the music before and after i’ll care about the title. I’m not co-working with other artists, it will be just me.

10) Ok Benoit, we have finished. Please, greet our followers as you prefere and recommend us a remix of the last weeks we can’t miss.
Hi guys, i want to recommend you this remix: Obey City – Neva Knew (Baauer remix). See you at the Tunnel Club, it will be my first time there!

Thanks to you, sweety!