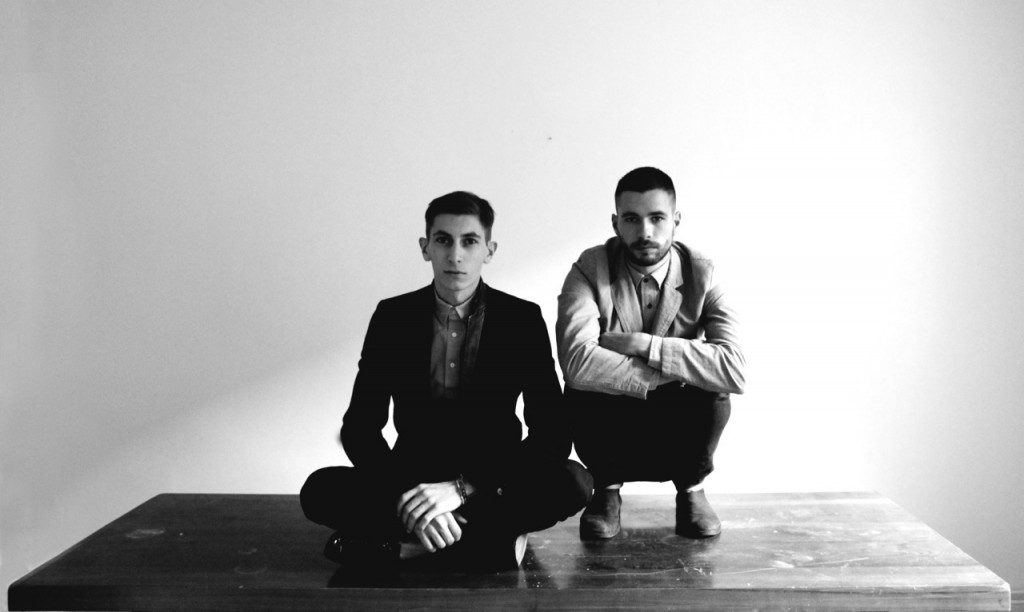 Well, we could begin by formal introduction, something like… Who are you?
We are Monsieur Monsieur / Geoffrey and Léo / two DJs and producers from Reims in France

When did you meet each other? Was it in a rave? Cause we think you are hard-ravers, is that right?
We met each other in Reims, actually it was at the only good electronic music party in the city (Bonheur Binaire)
We’re not especially hard-ravers but music lovers.

How did Brodinski convince you to join Bromance label? And how does he work as chief?
He didn’t have to convince us to join Bromance, He just said that he loved our track and that he wanted it for Bromance.
Brodinski has his own idea of music and of what he likes. He expresses it, to be really honest, each time he gives us feedback on our music. We really like that and it’s important for us.

We are really fascinated by that raising family, but don’t you think that a label named that way with just male artists could appear a little bit ambiguous? LOL
As you said it’s a family, and yes it may sound ambiguous but it’s a real love affair in terms of friendship. You don’t think it’s possible to love a friend ? We’ve been really close for a long long time now .
Bromance is a very strong name and it’s also a lovely neologism.

Well, back serious! We know you come from Reims, and we also know how that city is growing as new nest of talents. What did you eat when you were childs in Reims?
When we were kids we used to drinking Champagne, our local drink… Each baby has a spoonful of Champagne at their Christening !

Your share in next Bromance release, Arym, sounds like something really French-Techno. Do you think that today really exists a French-Techno scene?
I don’t think there is a real French Techno scene, a few years ago techno music was only for a small bunch of people. Most of the french don’t understand our music and are really confused with the word techno. I’m quite happy when I see some artists like Gesaffelstein, The Hacker… producing techno tracks. I will be proud if together we contribute to create a real French Techno scene.

What do you listen to in this period?
I’m listening to the sound of the rain.

This could be a great place to disclose something about your next plans. Which projects do you have for the future?
For sure other tracks. We are also touring with the Bromance family.