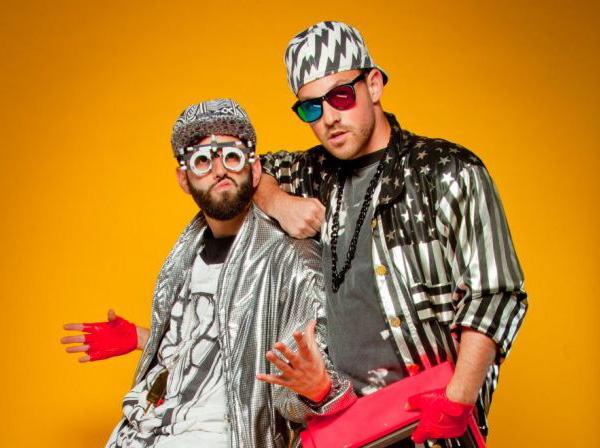 1-Usually we start our interview by asking our guests to introduce themselves to the readers, but wow, u are SOUL CLAP , then we will start asking you to talk about the beginning of your collabo.
It was way back in 2001. We were sitting on Eli’s moms porch drinking 40oz of malt liquor and we were struck by a laser beam sent from space. Wham our souls were clapped!

2- I’m really fascinated by your website, in particular the section “adventures of soul clap” caught my attention thanks to tha variety of podcasts I found in, can you tell us when this idea was born?
The podcast series was born when we were still just in Boston and we wanted a way to share all our mixes with the world. Soon it grew and we started featuring our  boston friends too like tanner Ross, Randy Deshais, Matty diamond and sergio santos. Now it’s a home for many adventures from friends all over the world.

3- A curiosity , how was the experience in the boiler room, djing with the audience behind you?
Really weird, but cool because you get to play music without worrying about the reaction of the crowd. It’s also a cool time to play all vinyl jams you wouldn’t play somewhere else.

4- What kind of sound has signed your musical growth? Which are the main records you link to your childhood?
For me it was jazz first and then hip-hop before I found electronic music like jungle and house. I think the first electronic records I bought were uk garage like Double 99 – Ripgroove. For Charlie it was funk and then house and for him his old parliament funkadelic records are most important.

5-We are totally out for the R&B ep, so talking about that, how did the idea come out? Why did you chose that tracks from Jamie Foxx or R.Kelly?
We made those edits at a time that we were still playing a lot of clubs in Boston where we had to play hip-hop and r&b. so all these edits were songs we were playing the originals in the club and thought it would be cool to bring them into our house sets too.

6-Your debut Lp, EFunk, is a great mix of funky, r&b, house and disco vibes. You have to tell us how can you control all these stuffs, is this soup the key of the e-funk sound?
The album and the idea behind EFUNK in general is that Everybody’s Freaky Under Nature’s Kingdom. It doesn’t matter what style or it is as long as it has the funk inside. We’ve grown up loving and playing all music so we don’t like genres.

7-Talking about your album, there’s a great track inside, Need your Lovin, how did you end up covering such a great tune, everybody is gonna learn sometimes?
The funny thing is its not actually a cover of the original it’s a cover of a cover. There’s a breakbeat hardcore song by NRG from the early 90s that sampled the original and Charlie was always inspired by that one and made an edit. But we decided to make it a full on cover and re-did all the parts so it became our own.

8-We know that one of you can also sing, and he actually sang on some of your record, so why don’t you set up a live show?
We love DJing so much it’s hard to limit ourselves with a preset live.