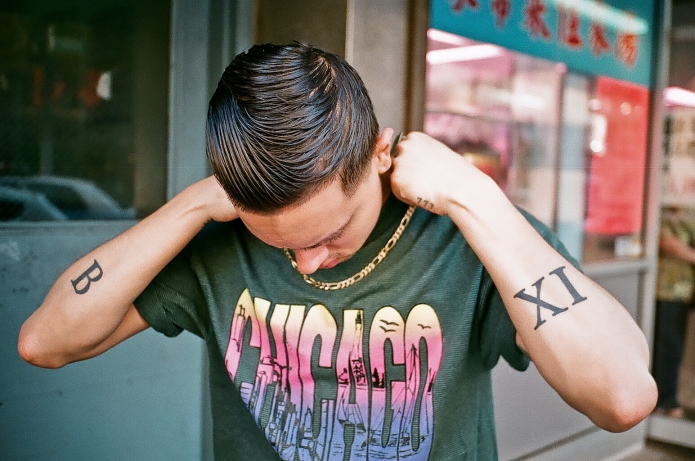 1) Hi Bill, introduce yourself to our readers?
My name is Bill Salas and i make club music under “Brenmar”. I was born in Chicago and I now live in NYC.

2) Is your family musical?
nope, not really, i’m the only one to really pursue music.

3) Looking through your remixes, a passion for mainstream hip-hop and R&B emerges. What’s your opinion about the interaction between mainstream and more underground dance music?
They both constantly borrow from each other. The line between the two is thinner than ever. In my tracks and dj mixes I aim to blur that line.

4) Is there a show or set or a collaboration that you worked on that really changed things for you?
I’m constantly changing, you have to, adapt or die. Every show, every studio session, whether good or bad is an opportunity to learn and grow.

5) Last year you have played at the prestigious Sonar Festival in Barcelona thanks to the Red Bull Music Academy.Can you draw any comparisons between European dance music and North American dance music?
Sonar is a very special festival, one of the best i’ve ever been too. It’s all about the music which is so amazing, we don’t really have anything like it in America at the moment. Dance music is the biggest it’s ever been in the US right now so although it’s really all about the big drops and crazy effects/performances at the moment, things will die down a bit i’m sure opening up room for the more subtle/classier/experimental side of dance.

6) Your twitter bio says: This is club music for the present. What do you think will be the club music for this 2013?
U mean like trends? I dont really know, i could probably throw out a few guesses but I’d rather not, I try not to think about that stuff to much and focus on my sound.

7) Among your collaborations there is that one with Sinden that we already interviewed. Now, you’ve been on tour with Salva. How was working with them? Do you prefer having someone in the studio with you to riff with or are you more of a loner?
Touring with Salva was a lot of fun, we played a bunch of smaller Canadien cities I had never been too, always a good thing. I like being in the studio alone but collaboration is also really important. It’s important to see what others have to say and think, you gotta get out of your head, one never has all the answers. Working with others who are on the same page as you is cool cause they throw out an idea which in turn will inspire you and vice-versa.

8) Do you find collaborations useful in learning new production techniques?
Yes, very much so.

9) Your from Chicago. What do you think: Bulls will be able to reach, at least, the Eastern Conference Finals?
lol without derrick rose this year it’s going to be a really tough call.

10) Brenmar’s future plans?
Solo artist mixtape in the works, aiming for an April release. Probably my biggest project to date, 8 tracks all originals, most with vocals, i’m really excited about it.