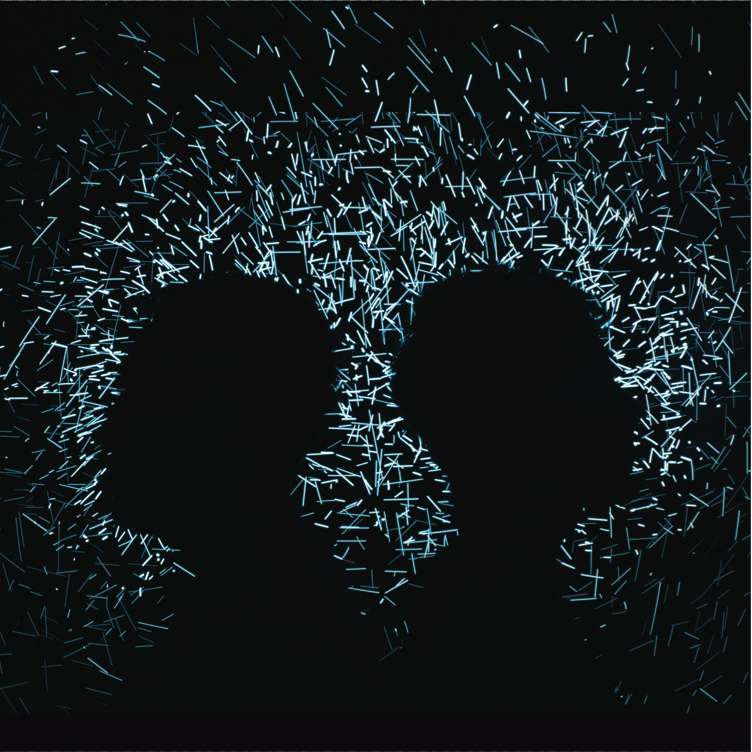 Can you tell us something about your musical background and how did you meet and start working together? Yeah, we met at secondary school, we were in the same form class. we always shared musical tastes and got into learning instruments and making music at the same time because we used to hang out with each other every day. Firstly it was learning the guitar, then recording on four tracks which led to using samplers, synths and anything we could find to write music with, make sounds and record. We’ve always made music together, we just decided to do exclusively through ‘Letherette’.

With your third EP “Featurette” you started a collaboration with Ninja Tune. Can you tell us how did you get their attention and land on their roster? Before any official Letherette release, we’d done various remixes and dj mixes that had got our name out, and I remember us having contact with Raj Pannu who had connections with the guys at Ninja and Cold Cut. I guess that was our first ‘connection’ with them of any type that may have put us on their radar. Then we released our 2 EP’s on Hotep with Alex Nut which Pete -Ninja Boss- said he liked. So, when it came the time to send out demos, Ninja were one of the labels that were on top of the list and thankfully they were into it and offered us a deal.

Your sound is really fresh, and a bit unusual for Ninja Tune too. You use familiar Funk and House elements but with a more Bass oriented twist. Is it something you created by “test and error” or you started with a well-thought master plan? It certainly wasn’t a plan, we just did stuff because we were into it and enjoyed it, so it just evolved naturally we think. We definitelly pushed ourselves more, creatively, with the EP and album.

Can you reveal what your forthcoming debut album will sound like? Are there any surprises we should expect? We think it may surprise people in terms of its variety, yeah. It´s hard to say though! We worked hard on making it varied but also cohesive.

Are we going to see you in Italy in 2013? That´s up to the promoters in Italy! There´s nothing confirmed at the moment but it would be our pleasure to come and play some shows with you guys.