Hi John, how are you? It’s a real pleasure to chat with you! Would you like to introduce yourself to people who don’t know who you are?
I’m a British photographer who goes by the name Rankin. I co-founded style title Dazed And Confused and my latest venture into publishing is Hunger Magazine and Hunger TV – hungertv.com.

It’s too easy to ask you who your benchmarks in photography are. Which instead are the names that make you say or think ”you’re not a good photographer, despite the world is celebrating you”?
I’m often jealous or envious of other people’s work. Richard Avedon, Irving Penn and Erwin Blumenfeld to name a few, they make me feel like I could do a lot better.

What do you think about the proliferation of the self-made information on blogs and webzines? Is it an evolution or a destruction of culture and communication?
It’s definitely an evolution but I think it’s far too early to say whether it’s a destruction of culture and communication, it’s apparent it’s changed the rules of engagements with the audience. I do think however, a good photograph is a good photograph whether its on a blog or on a page of a magazine, the problem is rather everybody thinks they can take a good photograph these days!! 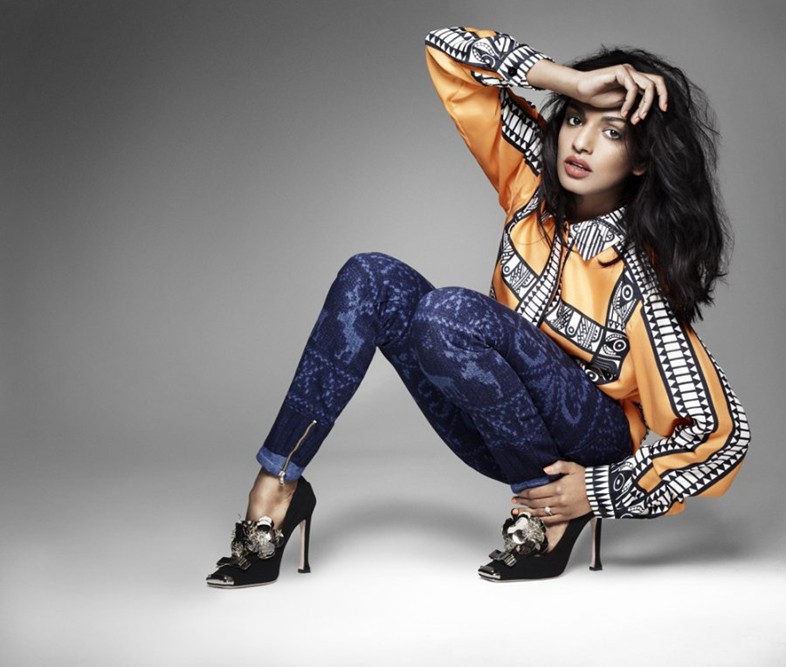 You have taken pictures of the most important pop artists, from Madonna to M.I.A. to David Bowie. Has there ever been an artist who refused to be portrayed by you for one reason or another?
Yea I’ve been blocked by PRs and celebrities themselves time and time again but I’ve learned not to take it personal, I see it that everyone has their favourite collaborator, I’m thick skinned that way.

You and your once partner in crime Chris Cottam made some music videos together for Kelis, Robyn, Sky Ferreira. But what are your favourite legendary video clips? And what are the video clips who made history in your opinion?
I love the way Pulp has done videos. I tend to look at what directors do not the artists in specific videos. Anything from Jonathan Glazer, Woodkid I think is really great, also Romain Gavras. At the moment i’m going through a little bit of a guilty pleasures phase with 80s videos! Sigue Sigue Sputnik – Love Missile F1-11 is a firm favourite.

I was really impressed by the existence of a reality show you got involved with as “Britain’s Missing Top Model“, not for the idea that there’s a sort of speculation on human disabilities in a TV show, but rather for its tasteless title. What do you remember best about that experience?
I photographed the girl from it, Kelly her name was, and she was actually the winner in the end. Until then I had never touched an amputee stunt, it was squishy and surprisingly sexy. That’s was I remember the most from it. (Ride,ndr)

We definitely shoot with a good heart or a good eye?
Good heart – you can teach people a good eye.