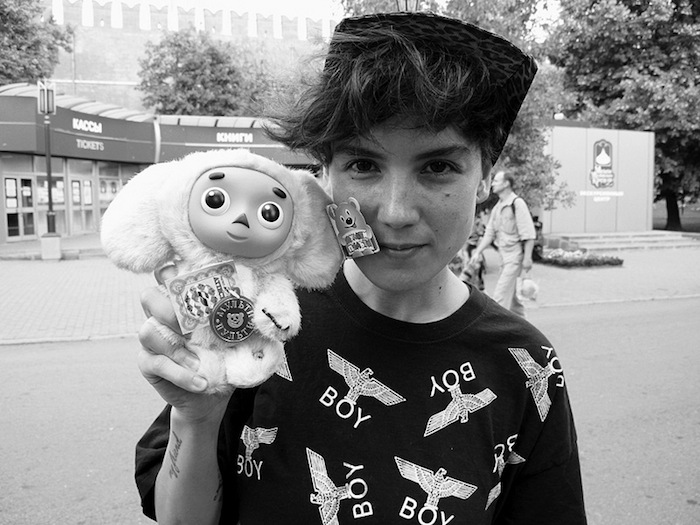 Kim, first of all: where are you coming from at the moment? Were you touring across Europe?
Oh yes, i’ve been on tour for the whole summer across Europe, it was pretty heavy, from July to October and i had a residency in Ibiza. I don’t even remember where i was yesterday. It was a long tour, maybe i was in Barcelona…no, i’m joking, i’m coming from Ibiza (ride gentile, imbarazzata,  io sono innamorata, forse è la volta buona che divento lesbica sul serio, ndr). I know that people in Italy think that Ibiza is for very hard-core music lovers, but you can find all the kinds of music you want, it’s great!

Let’s open a closed chapter of your career: everyone knows you left your ex group, the Hercules and Love Affair. Is your decision permanent?
Yeah, it’s permanent, i’m sure and positive! I made this decision beacuse, you know, you record an album, after your record a second one, but in the meanwhile the first group changed, some people left the band, i left the band too. I just decided that cause i needed to go on my own way, things change. My choice was simple, it was somebody else’s project and i wanted to follow my own project, i’m having fun doing my own thing. It’s very hard to travel in a group, you have to keep together so many heads and we are not in the nineties anymore!

I listened to your last EP with Ron Jason, D.R.E.A.M. I think it sounds a little bit far from your traditional House vibes, it’s more electronic oriented, soulful, dreamy. How was this collaboration born?
For me it was pretty classic, there are a lot of the vibes that i love, it’s the classic sounds i take inspiration from for making my own things. Ron Jason is actually an alias for Simoncino, he’s from Italy,  i love him, i thinks he’s amazing.  He just asked me to collaborate, so everything was born so spontaneously.

Why is the EP’s name written as an acronym? Is there a concept behind it?
No, you know, every song of the EP is named with a letter, they finally compose the name DREAM and everything has something to do with a dream. I think it’s just because when we shorten something in general, we put points. It was a decision of the label.

Today i was writing an article on my website to promote your gig and the first thing came in my mind it’s Jonathan Dayton’s Little Miss Sunshine. You have a funny story because your mother wanted you to be a queen of teen beauty contests, and you also won one of them! What do your parents think of the choices you made in life (you have a so androginous style, you work in a totally male-dominated world) so far from the idea they had for you?
Oh yeah, it’s funny because i hated to do these contests, i was crying all the time because i didn’t want to wear lipstick and evening dresses. My dad was always very supportive and very cool about my work, he spurred me on to do what i really love, he’s always been a forward-thinking man. My mother was more like ”are you sure, you have to think about what you wanna do”, she has never thought this could actually be a career and not just playing.

How is to be born and raised in Hawaii? I think everyone dreams to grow up there!
I love Hawaii, the water is so blue and also if i have seen beaches all over the world, the best are there. I love the food, the colors, hiking, amazing nature stuff. It’s the best, i try to come back once a year, i feel very lucky. I don’t go out when i’m home, i just want to wake up early and live.

Talking about your future projects, what’s on your to do list? Are you planning new collabo, above all female collabo?
Well, i just had a female collaboration with Maya Jane Coles, it was my last one. But i don’t really like to plan them, i just prefere when things happen. Next year i’m preparing my solo release, an album separately and i’m doing other undeground stuff, working on another album stories.

You are considered a fashion icon too. Do you feel good in this role or do you reject it?
I mean, i’m flattered, i think it’s cool. I’ve never given to me this title, but i have a lot of fashionable friends who are stylists or designers or photographers, so i take inspiration from them everyday. I don’t want to be more involved in the fashion world, i prefere to remain in the music field, i don’t want to be a stylist, i’m very lucky to have too much friends good at it. I just designed a jewellery line, sold in stores like Opening Ceremony, i’m the type of artist that can be in crossover and  make fashion gig at all, but i prefere to support my friends’ work.