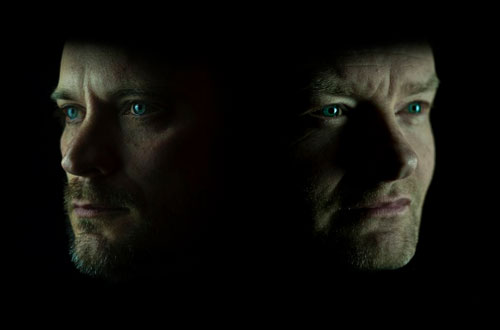 First of all: Welcome back! I would like to ask you where have you been all these years: what happened since the release of your second album “Sleepwalking”?
I released two solo albums and a Yesking album and also relocated in LA for three years while Steve [Christian] had a break before producing for (the label ndr.) Verve and it has taken four years to make this one together, the time just kept adding up!

I would like to know how you remember the Grand Central´s days. Have you got any memories or funny anecdotes you’d like to recall and share with our readers?
It was fun, crazy and good hard work. You get on a roller coaster which keeps going and hope you don’t fall off. It seems a long time ago now which it is so the memories fade but I’m cataloguing it all in a book. It was a mass collaborative effort hitting the right place at the right time.

Can you imagine how starting a label like Grand Central would be in 2013 ? Do you think there are still the right conditions for it?
Yes there are many good labels operating well in the new digital paradigm and physical still works, however we were lucky to exist during the last hurrah of the old model so no you cannot recreate those times. Great music will always be appreciated no matter what era it is created in. We were lucky.

In your first two albums you collaborated with music legends like Jungle Brothers, Jeru The Damaja, The Congos and the mighty Bobby Womack. How was working with those giants?
They are giants and it was a pleasure with many highs. We managed to choose the right people to contribute to our vision and thankfully they said yes. The most fun was recording Cedric Myton and The Pharcyde in D & D studios in New York, we recorded in the booth that ” Sound of da Police” was recorded in plus all of the DJ Premier and Jay-Z tracks of the time were done here. We never met Bobby but the hours of random phone calls made up for that!

In your new album you work with artists as diverse as Ed Harcourt and Jazzy Jeff, Masta Ace and Mark Foster of Foster The People. How did you get to choose this large selection of musicians and especially involve them in the recording of “Mercury Rising”?
I met Mark Foster in LA before he blew up with Foster the People and he is so incredibly talented he just knocked out the song idea in 20 minutes , it took 4 years to finish though as ” Pumped up Kicks ” took him into the stratosphere. Ed Harcourt lives down the street from me in London and Ed and Gita Langley really turned the corner of the album for us, it was very hard to get some of the tracks working and they really fixed it up for us with their great musical ability. Jazzy Jeff is a real gent and when he knew he would be cutting Tony D’s voice he fired us over the cuts. Tony sadly passed a few years back, he was the musical guiding light of Grand Central. Masta Ace was hard to get a hold of but Emeli Sande’s manager Adrian got him to reply to my emails. Steve was the link to Diagrams as he had had been looking for production help on his own tunes. I had worked with Mystro and Jake Emlyn previously through Yesking and Jakes hip hop material.

More in general can you tell us something about the making of the album, the circumstances in which you wrote and recorded it?
In the sun and rain in Steve’s studio in Yorkshire and in my small home studio in London. Piece by piece it slowly fought its way to the top. It was a long and sometimes difficult process because the long delay in releasing any new material meant that we felt like we were starting again so we weren’t on a roller coaster like before yet we felt that we had a lot to prove to ourselves Making yourself happy is one of the hardest things to do. We got there though.

In your new album you work with Kate Rogers again, one of the stand-out voices of “Sleepwalking”. Your remix of her “Sail” is one of my all-time faves, so I would love to know how was the collaboration on “Still Life Freefall” born.
Its a simple answer, Kate is my cousin so we just waited until she liked one of the pieces we sent her and she knocked out a corker.

Another track I found quite intriguing is the gorgeous “Travis”. Can you tell us something about it?
It is me singing about the chimpanzee Travis that got sick of being a house ape in America and went apeshit and ripped the owners best friends face off.

Will you promote the album playing live in 2013-14?
Yes we kick off the first live show in Rough Trade East on the 20th of October. The live show will go on the wider road in the new year.