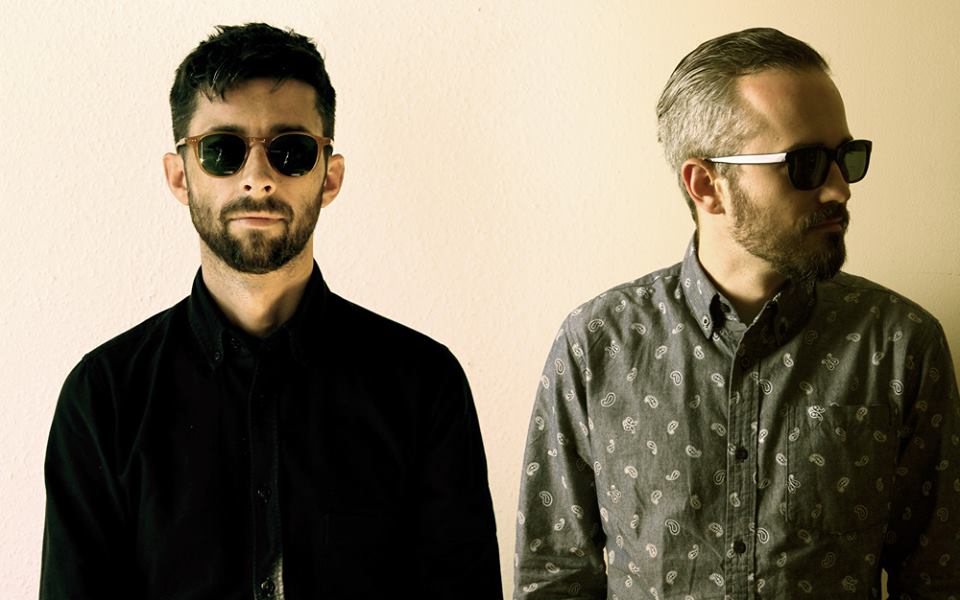 I would like you to tell our readers something about your musical background and your beginnings in Canada. I know you both come from various and eclectic musical experiences?
Christian Andersen: I come from very much a metal and hip-hop background. I grew up in Scarborough which is a sort of rough suburb of Toronto. I was most exposed to what my older brother was listening to at the time which was a lot of Pantera, Wu-Tang, Metallica, and Nas. It was only in my very early teen years that I was exposed to jungle, which in Toronto was the ‘it’ music for a good portion of the 1990s. Following that I was involved with jungle and hardcore punk pretty much exclusively.
Adam Marshall: I was into tons of stuff growing up. From hip hop to sad indie shoegazers, hard aggressive rock to soca. Toronto’s a very multicultural place, so there was tons of diverse influences.

Talking about Toronto, can you tell us something about its music scene, especially the electronic one?
CA: Toronto’s music culture has a long history, it is very eclectic and has had many triumphs. For a city that has produced so many heavy hitters on the world music stage it is itself a bit of a sleepy town. The popularity of the local electronic scene has rolled in waves. Right now it is getting big again which is nice.
AM: Toronto has a very passionate and dedicated music scene across all genres… and always has. I find that people are – and were – always into a wide range of musical styles in Toronto, in ways that I didn’t experience in many other cities. Toronto isn’t really known for one “sound”, and the whole “break-down-of-the-genres” was generally welcomed in T.O. because everyone was into a bit of everything anyways.

More in general, and not only from a the electronic scene perspective, I think many forget that since years from Canada are coming some of the most interesting acts around. It must be exciting to be were you are from our point of view.
CA: On the ground you would almost never know that Toronto has the number one acts in almost every category of music. We have a penchant for hating our own here, it is sad really. This attitude seems to be changing slowly though, so perhaps in the near future things will improve. The people working to change things have been working extremely hard to do so, so my hat goes off to them.
AM: It always felt very unique in Toronto that there was a lot of positive cross-pollination between the different scenes… and not just dabbling, but really deep interest in finding the “best” stuff… Toronto is a hard place to break through and succeed in, but because of that  it has a lot of very talented musicians because they have to really love what they do.

In one of your interviews you told “It´s the struggle that makes this scene”. Do you mean you make art as an act of resiliance?
CA: I don’t think we make art in reaction to anything, more that we want to make art and it is probably harder to do that here than many other places. It is a cold, expensive, business city with little support for people looking to build an artistic career. It is also a very competitive place so lack of collaboration holds progress back in a big way.

The fact that you are based in the Quebec-Windsor area made me also think about Richie Hawtin, who started his career from there.
CA: You could fit everything I know about Richie Hawtin in a pack of gum. Techno is really not my realm.
AM: I think it would be called the “Windsor – Toronto” corridor. The most boring stretch of highway in existence ;)

If you should make a list of the records that informed the Graze sound the most, that both of you agree about, which ones would you pick out?
CA: No idea.
AM: B12’s “Electro-Soma” on Warp and old Reinforced Records, for me..

Can you tell us about the making of “Edges”?
CA: It was an iterative process. We sent many half-baked ideas back and forth on the internet and modified them slowly over time. One of the big breakthrough moments came during Adam’s visit to Canada during Mutek when we had the opportunity to sit down in the studio and hammer out ideas in real-time. We have everything arranged in the vein of the live set and just really forged things into pretty much their final versions at that time.

Can you tell us something about your own label, New Kanada?
AM: The label doesn’t really have a set course, and I find the less specific planning that goes into it, the better ;) It ensures that it can continue to evolve and adapt, in aesthetic and in sound… and be able to just release great music, without having to stick to rigid genres or expectations.

As we are approacing the end of the year, I would like to ask you which are your favorites records and acts of 2013?
AM: That’s too big a question to answer, for me at least…. As a DJ, I’ve been buying so much good music this past year – in totally varied styles – that I find it hard to pick favorites without specifics. I don’t know what the “best” has been, but I do think we’re in the middle a renaissance period for exciting and powerful (electronic) music. Deep in the 7 year cycle ;)

What´s your plans for the rest of 2014?
CA: We intend to tour the album as much as possible and we are already in the process of writing the next one. This will likely take up most of this year.
AM: Yeah, Graze live shows is the focus for sure….