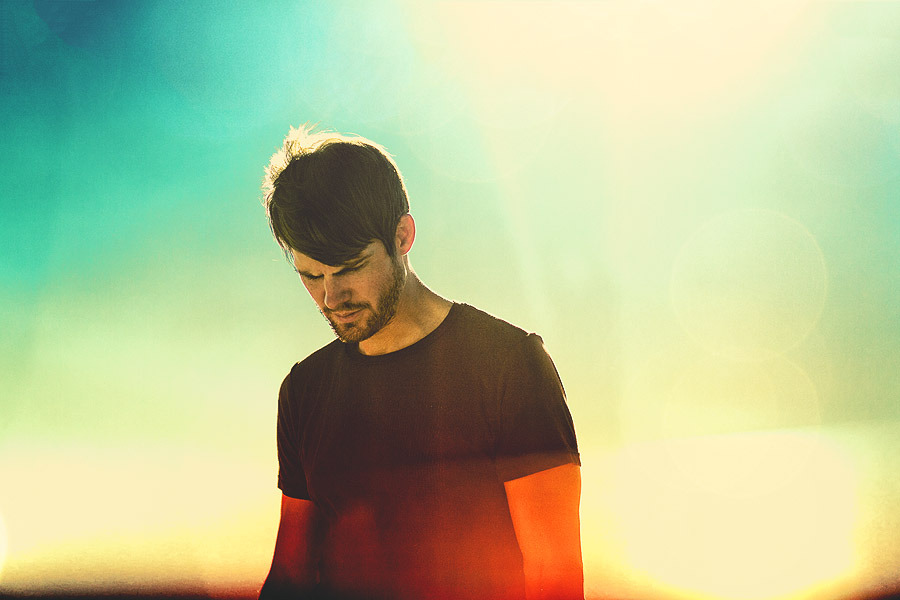 Hi Scott, I’d like to start asking you how is your European tour going?
Oh, it’s going good, we have got great feedbacks and reactions too. We have five dates totally, and almost all the shows are sold out, so, it’s surprising!

During your live tours you perform on stage with a full band of musicians. What’s your musical background, how many instruments are you able to play?
I play keyboard and guitars on stage. Well, I used to be  kind of bedroom producer, producing electronic and using mostly keyboards. And experiment then, introducing guitars and drums. But then I met Zac (Brown, ndr) and we recorded this record together, and then came Rory (O’Connor, ndr) who plays drums on it.

When have you started to play these instruments? Have you studied or was a sort of inner talent?
I didn’t start doing music until around 21 or 22, so pretty late! I started playing keyboard and then I learned guitar.

Have you never thought to introduce a vocal part in your songs?
You know, maybe at some point it will make sense, but not at this point. I think I’d rather work with other bands with vocals and maybre produce their records, but it doesn’t really fit with Tycho, we’ll see! I enjoy vocals, I love listening to, but Tycho is kind an instrumental project, maybe some time in the future… I don’t want to feel forced, it has to be natural…

Your discography could be pretty divided in two specular parts: in the middle of the ’00 we find Sunrise Projector and Past Is Prologue at a distance of two years, in the beginning of ’10 we find Dive and Awake. What happened during this break?
I focused on graphic design for all that time, on my blog. I just focused on my design carreer, I feel that was something that I had to do. But for all the time I was working also on music but just as an hobby… I was training, I felt that I was learning and getting ready for the album that I really wanted to make, before I just felt I wasn’t equipped to make the music I could envision, it took a while to get to the point.

What are the main differences between your biggest successes Dive and Awake? I think the first one is more melodic and dissolved, while in your last work there are more guitars and drums defining the sound. Wanna tell us the characteristics of the albums from your point of view?
I mean the last one represents the most focus ever,  it has been recorded in a specific period,we did it in eight months. Working with Zac and Rory on the record just allowed me to take more the role of producer and writer because they were playing drums and guitars. I also wanted to make a more rock sound, i grow up listening to some indie rock and I always wanted to introduce these elements in my own music.

Do you feel free to produce and publish any kind of sound with the Ghostly International or would you desire more freedom of expression? Have you ever planned to found your own label?
I mean in Ghostly there’s no lack of freedom, they just help, they’re not going to tell you what to do or trying to change anything, it’s more like a partnership, not a normal label where they dictate you what to do. They trust artists on their label to create, if you try to change what they’re doing it’s never a good idea. I don’t think I would never have time to run a label, these things seem to take a lot of work, I’m focusing on the art and I keep pretty busy with all the stuff going on. Maybe some day.

You are also a photographer and designer. Do you look after the visual part of your works? It seems so hard to keep all these passions together, isn’t it?
Yeah, I started to fit them all together, but it goes on waves, I just sometimes spend a lot o time on visual stuff and sometimes a lot of music but  in the last few years I decided to focus more on my music, so design and visual was secondary. Now Tycho is like an audio-visual project so all the stuff I’m doing on visual are created specifically for Tycho and in my respect it’s so cohesive to one idea. It’s hard to balance and to really spend the time I want on each part, but I’m getting close to this. Next thing is spending more time on video.