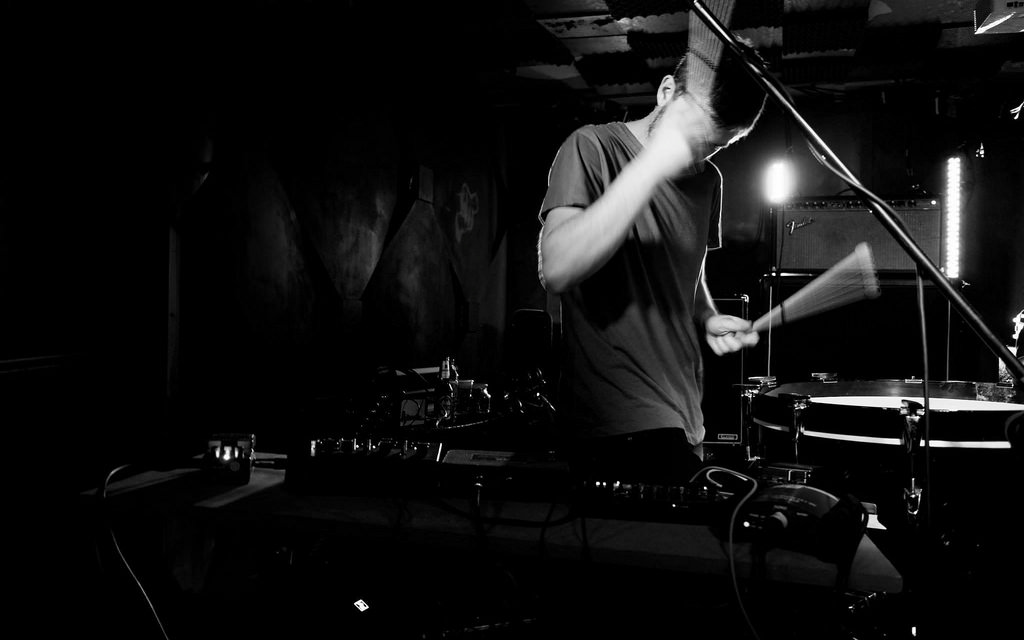 The first record you bought:
Black Sabbath – ‘Greatest Hits’. I knew ‘Paranoid’ and wanted more of it. I was 8 or 9 and it was the best-looking record in the Buxton record shop (that later turned into a pet shop).

The record you own you are least proud of:
I only buy and own records I love, and I’m proud of that.

A record that made you want to start making music:
‘Kesto’ by Pan Sonic. Or rather, ‘Pesto’, as Uncle Music calls it.

A record that inspires you production-wise:
‘Mil Pluton’ by ÈLG. It’s beautiful how much and how quickly it morphs and changes as you listen to it.

A record that makes you think about London:
All Blood Music from ‘Rare Earth Material’ to ‘Chicks/Badgering’ to now makes me think of London, because of the personal associations I make between the sounds and my life as I made those sounds. Blood Music followed me around Clapton, crossing Millfields Park with its stone slab markers embossed with the words LONDON CITY, on the edge of London, North East onto the Marshes, or back south into Corsica Studios, at the beginning and end of the day, while I learned what it is to be truly happy and at home in a city that is ultimately failing you, dying of gentrification, socially cleansing people who make it great, and, now and again, ultimately invigorating you in spite of its failures, keeping you coming back.

The record that you use to come down and relax:
‘Live At The Grimm Museum’ – Chor(s)san Time-Court Mirage, which I have used every day for the last ten months. CC Hennix is not for an age but for all time.

Your favourite record of the 2015 so far:
‘Dark Energy’ by Jlin.

The last record you bought:
A testpressing of ‘Earth 2’ by Earth, which I found in Freiheit und Roosen in Hamburg, and which just might be a real testpressing, from 1993. I bought it with slight heatsickness in the 30C heat and summer storm showers of August 2015. It’s a bit scratched and bassy as fuck.