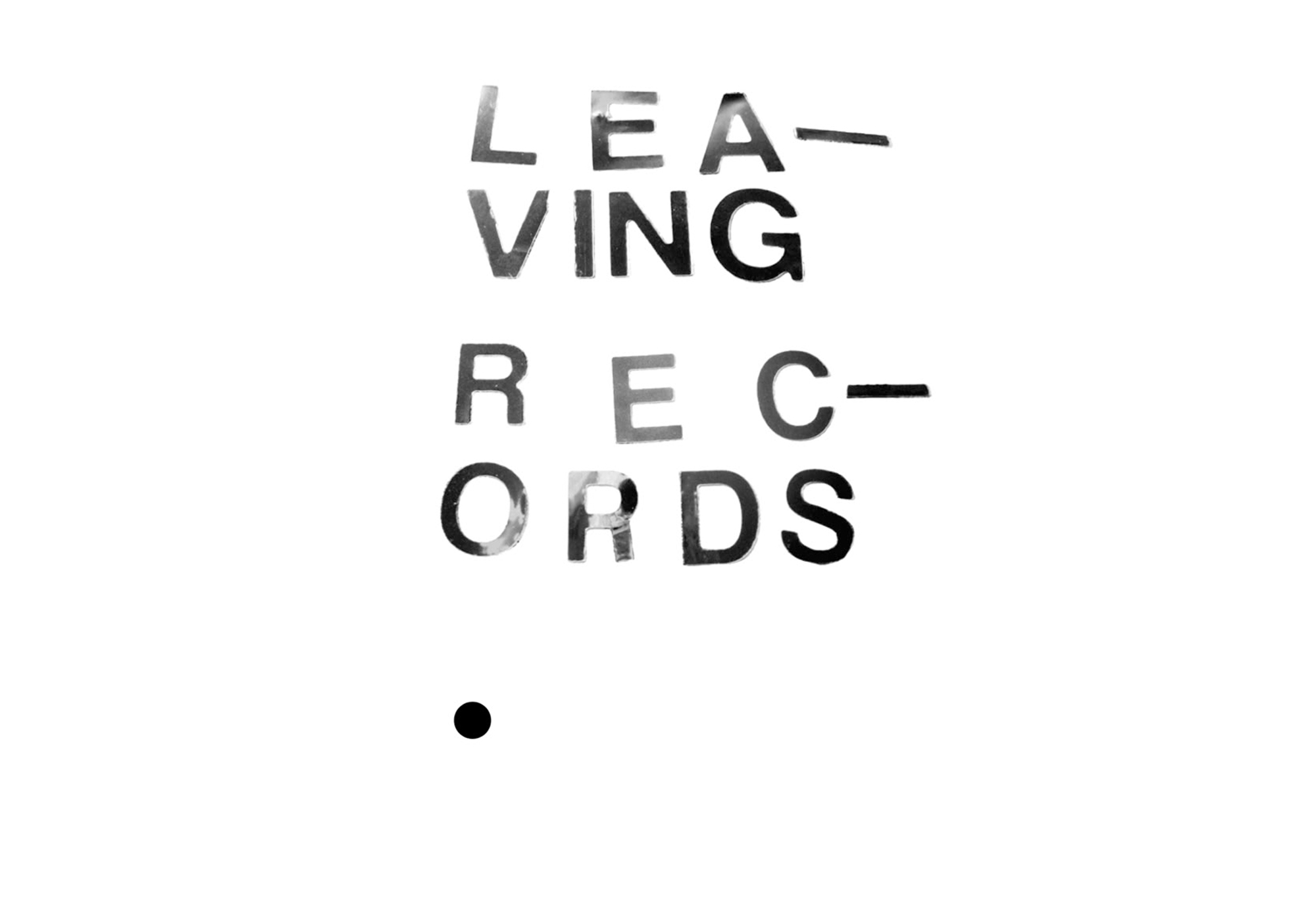 Would you like to tell to our readers how Leaving was founded and how you came to the partnership with Stones Throw?
Leaving Records was founded by visual artist Jesselisa Moretti and myself in 2007-2008 as an art project to experiment and release un-tapped music from the greater Los Angeles music scenes. Stones Throw is so in-tune to the vibrations that our collaboration and partnership just naturally occurred in 2012, like a magnetic, resonant, sympathetic, experimental attraction.

Which were your musical or more in general artistic references or labels, if there were any, that inspired you when you were starting with the label?
Dublab! Punk, noise, DIY cassette culture. Jesse was visual inspired by so much at the time, she´s an incredible typographer and mixed-media artist who has a studied background for print-making, collage, painting etc. We owe our visual aesthetic and presentation to her vision.

Your label -among others- in a certain way made acceptable the so called new age musical genre again, considered as laughable just a few years ago, but now seen with respect and admiration by a whole new generation of listeners. What do you think about it?
Music serves as an important means to unity amongst all humans! New age is becoming interesting because of the current surge of un-earthing, previously unheard, unseen, unread art and philosophy from the past home-recording, self-releasing underground. Also, peace & bliss & ecstacy is hip! If music brings you to a state of bliss, how wonderful.

On the other hand, Leaving Rec. seems to cover a more experimental range of beats and samples based music that maybe would be too far out for the Stones Throw catalogue. Do you collaborate and exchange ideas when it comes to the release of material that could be, or maybe not, music that would be ST compatible?
Stones Throw, Peanut Butter Wolf and the general management of the label fully support and respect my adventurous, experimental, genre-non-specific curation and philosophy behind Leaving Records.

Your label is also one of the main responsible of the renaissance of the cassette as medium for selling new music. Can you tell us something about your choice for that particular format?
Inspired by and within DIY experimental music culture, hip-hop mixtape culture, and underground, home-recording cassette culture, we were experimenting with the format and what we could do with it at home, in our garage, as an art project, as an extension of ourselves creatively.

More in general, can you reveal which are the most successful Leaving releases so far, saleswise?
Laraaji´s “All In One Peace”, and others.

And if you should pinpoint the highlights of the label, which records would you chose?
Dak “Standthis”, Julia Holter “Tragedy”, Knx. “Anthology”, Laraaji “All In One Peace”.
It seems you rely on a certain number of artists that form a sort of stable roster, I´m thinking about Ras G or Dakim for example. Which is your relationship with them?
Personally I come from a deep experimental hiphop background, these two artists -Dak and Ras- were really the first two supportive friends as artists in the L.A. community, embracing the experimental with the beat-scene and electronic, hiphop production. They are all-encompassing and future-minded, forward moving creative humans.

Can you tell us something about the “Carlos Niño and Friends” album, one of your most recent releases?
Carlos is a mentor and a legend. I have known him and feel as if a student under his wing from afar, for many years. He is a blessing to our community.

Can you tell us something about the making of your last album “Trust the Guide and Glide”?
There´s a lot to say. It´s a deep, meditative album that has to do with finding your heart and living your life from your heart-space. It was years in the making and started from my experiments with new age lifestyle, philosophy and music, years ago when it helped me through a tough spot in my life…

As a listener, which are the records or the artists that excite you at the moment?
Wow! Deantoni Parks, Seiho, Cakedog and always Dakim! And Devonwho!

Can you tell us something about the releases you got in the pipeline for the rest of 2016? Is any new artist about to join your roster?
There is a lot coming… Some female artists I’m working with at the moment: VHVL, $3.33, Sudan Moon