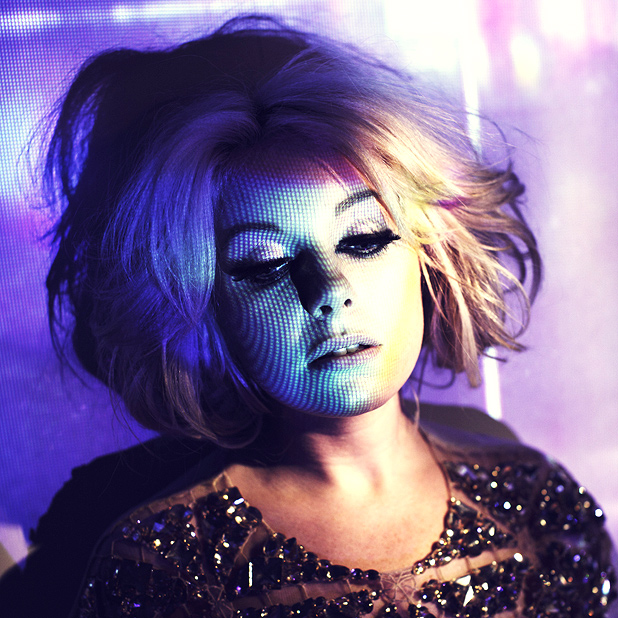 1) Hi Victoria, you’re not new in town, but this time you are here as dj and not as singer. Introduce yourself to our readers, please.
Hi!I’m Victoria but I am known as Little Boots. I write and sing songs, play synths, DJ… Kind of an all rounder.

2) In addition to piano and keyboards, you also play a japanese instrument called Tenori-on. Damn, how does it work? I’v tried to read something about it, but i have only understood how this produces electronic beats.
It’s kind of based on an old fashioned music box you wind up, it’s very easy to make random sounds and patterns but difficult to play more structured songs or complicated beats, it just takes practice.

3) Your last EP, Superstition Heart, involves two of the biggest producers in the dance/house scene, Maya Jane Coles and Simian Mobile Disco’s James Ford. How did you get in touch with them and decide to work together?
I have the same manager as James and we’ve written together on and off over the years, this was a song we wrote quite a while ago. I am a big fan of Maya and were talking about doing some production; then I remembered this demo I wrote with James and thought it might really suit her style so I sent it over and she worked her magic! But the original demo version James produced is really cool too… Maybe one day it will surface!

4) Is there anything in your carreer you regret, such as the partecipation to the UK talent show Pop Idol? Do you think it’s possible to have a constructive discussion about talent shows today?
I don’t really regret everything I put it all down to experience. Growing up in a small northern town as a teenager it was difficult for me to see how you could break into the music industry, there wasn’t really an alternative music scene and talent shows were the only route I could see. It’s very different if you are in a big city like London and have connections and know the industry.

5) What are you planning for the future years? Do you aim to become the new disco or pop queen? And, in your opinion, why niche artists are finally so scared by the word ”pop”?
My second album is released in may so I will be touring around the world to promote that and playing festivals over the summer. I’m already working on new music and would like to maybe release a new EP by the end of the year also. I think with the come back of Daft Punk it could really be the year of disco! I actually don’t agree I think a lot of indie/alternative artists call themselves pop now as they think it’s kind of ironically cool but to me most of it doesn’t sound like proper pop music.

6) What kind of set are you preparing for your gig here in Milan? Do you generally try do adapt your sound to the audience or you prefere to repeat the shows that have had great success on previous occasions?
I always try to adapt to the club and crowd but lately I’m playing a lot of deep house and old school stuff plus lots of disco edits, it’ll be a fun upbeat set nothing too serious.

7) Ok, it’s the wise moment of the interview: music and success don’t last forever: what’s your Plan B in case of difficulties in your music career? A clothing line, reality shows, fragrances?
I write for other artists so I always hope to be songwriting whether its for myself or others. I’m not really interested in the other stuff although I’ve always wanted to do a petite clothing line for small girls, we get a tough deal!

8) Thank you Victoria. Greet our followers by suggesting a female artist we should listen to in this 2013.
Jessie ware – she’s great.