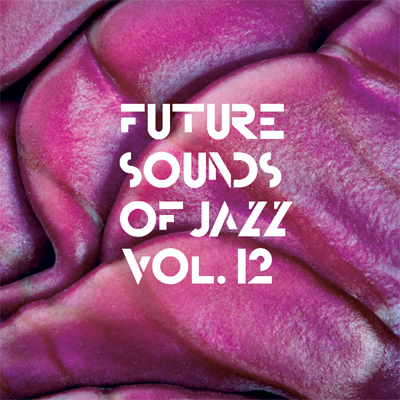 –Do you remember how did all start with the  “Future Sounds of Jazz” series and the Volume 1 in particular,  which included luminaries such as Shantel, Patrick Pulsinger, Jimi Tenor and Wagon Christ aka Luke Vibert?

Yes, that was a great time with lot of variety of musical influences like triphop, jazzy hiphop and house, experimental freestyle , drum&bass, downbeat and abstract electronica, good techno. That period was so intense and creative with all these peeps, who were coming from different kind of corners of electronic music into a melting pot of styles, which were happening in clubs, I mean large clubs and even festivals. Most of this artists are developed, hardly changed their vein and styles of music productions nowadays. Well that’s 16 years ago and guess two brand new generations of audiences, producers grown up in the meantime. But I think and feel the overall freestyle attitude and amalgamation of sounds (digital, analogue) and genres are coming back. Would be amazing to see names like Luke Vibert or Jimi Tenor, Pulsinger or others perhaps getting closer to their roots sounds in these days.

–The Volume 12 of the series is coming out after a 5 years pause. Can you tell us why?

Around 2007, right after FSOJ Vol. 11 was released, there was a gap of jazzy ingredients and assorted vibes in club music. The nu-disco thang and the retro disco edits were ruling among house, deephouse, acid and Chicago revivals , DJ tools were inedand rather than musical educated songs , and the dubstep and post-dub step sounds were flowing the underground and overground. Lot of new producers came on the map, but it was rarely that these producers have had a jazzy vibes twist or musical challenge to produce a track beyond or above the skills of an avarage DJ tool. Think, most of these talented producers needed to learn and develope their skills, which took time. It was same with Pulsinger, Luke Vibert, Aphex Twin and all those who were featured on the first Volumes of FSOJ , they already have had a recording history starting from back in the 80ties, so it needed their musical developement till the mid Nineties as well. And the others like Jazzanova, 4Hero, who extended the future jazz mysteria were bit absent or changed their styles a bit.
To be honest from 2007 to early 2011 I´ve missed such a classic in the vein of Patrick Pulsingers „Claire“ or Isolee’s „Beau Mot Plage“ , I mean tracks with a certain song feeling, a future jazz vibes twist. Since 2010 I was discovering more and more interesting open minded music like Nicolas Jaar, Wareika or others and that was the initial ignition to compile a new chapter of “Future Sounds Of Jazz”

–Some of the acts included in the double CD are well known, Wareika or the Glimmer Twins for example, while others are newcomers. How did you get to select the artists and the tracks?

I simply do not go for names. The criteria are : a FSOJ track needs a positive vibe and even better if with an ingredient which reminds us to something we may have heard in the wide wide jazz cosmos. The track should meet the “Zeitgeist” and shall be timeless. It should be or def is a hybrid of styles. It should be not on to many other compilations. I always have a few exclusives on FSOJ. Last but not least a FSOJ track should be groovin, doesn’t matter which bpm, but should not be a simple DJ tool of only bass and beats. I have had a list of roughly 50 tracks, while the final decision was made upon my final personal taste, while my DJ experiences and my Compost team may have had little influences, too.

–In the compilation we can find a track by Santos, an italian DJ and producer that our readers know very well. Can you tell us about his inclusion?

Well, Santos is the producer and the engineer behind Timo Maas, he sent me this great track „La Mediana“ for consideration of a licence and I said, hey that perfect fits to the FSOJ. So I picked it up for.

–As a record label owner, what s your opinion about the scene in 2012? Is there something that you still find fresh and exciting out there?

As said above, the post dubstep generation of younger kids are growing with their experiences and a few of them developing their sound into sheer bliss musical hemispheres of more structured songs, so I can see more good stuff coming from these scene, hopefully on album length. Worth to mention Floating Points. Some of them are on FSOJ 12, like Scrimshire, Letherette, Sepalcure.
Also exciting to see the nu disco producers , editors are trying to writing more own songs , or turning into the modern soul direction, rather than sampling and editing too much, but the big 2012 modern soul (modern disco) album is not in sight, except Morgan Geist’s project Storm Queen seems to be the most promising one on album length.

–Your label is sinonymous of electronic music in Münich. Can you tell us something about the local scene and which are the clubs and the places our readers should check?

Munich is the most exciting German city right following up Berlin. Every good DJ or Live Act comin here frequently, we have an vibrant club scene and no big competition of clubs and labels like in Berlin. Check out clubs like Bob Beaman, Harry Klein, Rote Sonne, Kong, Charlie, Glockenbach Werkstatt, Art Babel, Chaka Chaka, Palais and dozens of one off events and the regular live locations every weekend. The Compost Black Label night takes place at Bob Beaman.

–Can you tell us something about the Compost priorities for Spring-Summertime?

–What have you got planned for the future of your label? New albums and 12”s in the pipeline?

Indoor Life – we will release the complete back-catalogue of this con-genius Westcoast cultband Indoor Life , all their early 80ties recorded songs. (28 tracks , plus several remixes!). We planning a compilation of rare or lovely, unexpected tracks from Jaki Liebezeit (the drummer of CAN). We working on V.A. „Elaste“ Vol. 4. In 2013: new music and perhaps albums by Trueby Trio, Felix Laband, Beanfield