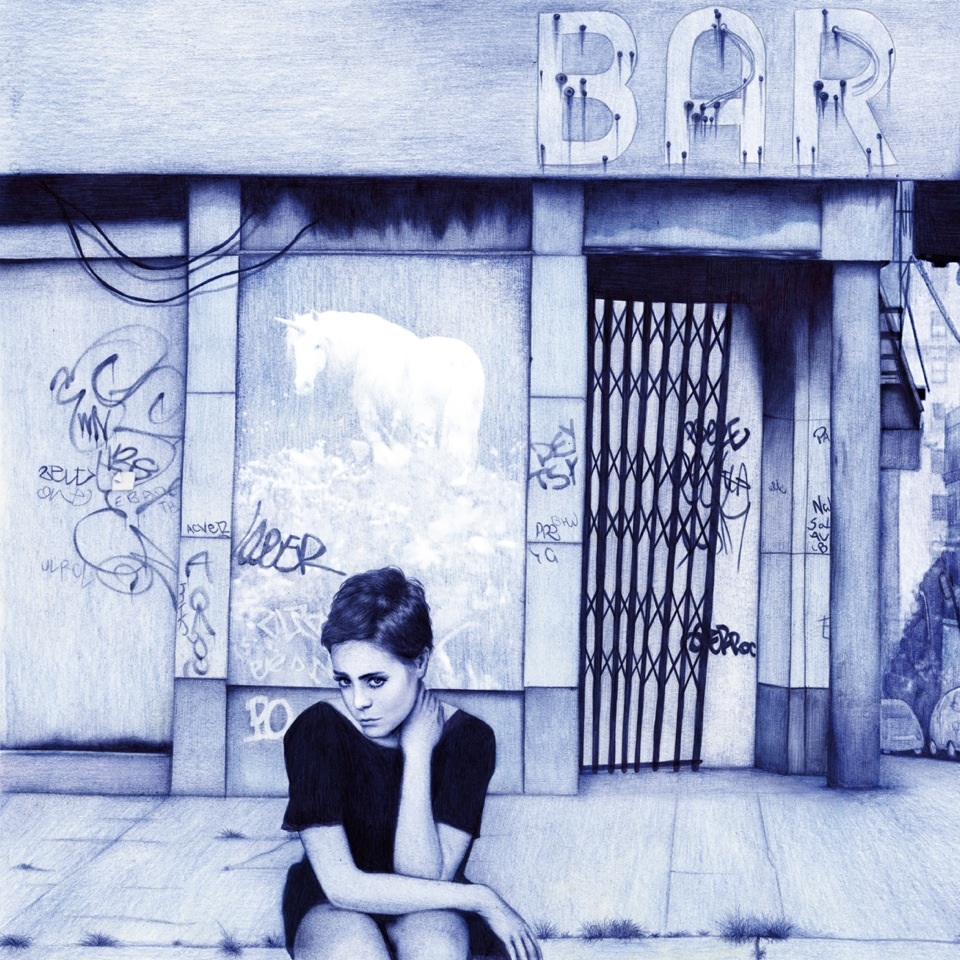 1) Hi Louisahhh! How are you? Introduce yourself to our readers.
Hi! I’m Louisahhh!!! I produce and DJ deep, tough, emotional techno music, and I sing. I am a member of the Bromance family and also half of NYCPARTYINFO.
I’m feeling great, if a bit exhausted – just finished packing for a month in Europe, after playing a gig in LA. No sleep! Woo!

2) You studied piano, guitar and you can also sing. Why did you choose to be a dj/producer and not a leader of a band? And when/how your career in the “music biz” started?
I played instruments and sang in choir starting when I was about seven years old. My dad has always worked in music – on the business side of things – and this was a point of connection for us when I was growing up, he definitely passed his passion on to me. Unfortunately, I got really terrible performance anxiety playing in front of people. When I first started spinning records with friends in tiny, wild Lower East Side bars, I noticed because I wasn’t actually playing, just sharing music that I loved, that my anxiety was gone. As I got more into nightlife and going out, I stopped making music, my life got pretty dark for a while, and I focused on DJing. I got intervened upon, went to rehab for a long time, and was strongly advised NOT to DJ upon getting out as night clubs aren’t the best place for a newly sober person to be. The hiatus from dance music affirmed for me that it was the music – not the drugs – that I really loved, and made me even more driven to do this, made me aware of how precious it is. Everything has kind of snowballed from there.

3) You are part of the french Bromance Rec, and we have to say it always releases good stuff. How did you end up being the first lady of Mr. Brodinski’s crew?
Thanks for your support of Bromance! It is a fine family to be a part of. Louis and I met in Miami in 2010, I think. I loved what he was playing, and we had a bunch of friends in common. He knew of my work with Danny Daze’s group Senor Stereo, on a track called ‘I am the Beat’, and suggested we collaborate. We sent back and forth ideas, got a friendship and correspondance going. Eventually, he asked me to write to and sing on what eventually became ‘Let the Beat Control Your Body’, which ended up being Bromance #1.

4) You grew up in NYC then you decided to move to LA. Why did you make that decision? Did that change influence your music?
As I mentioned, I went to rehab – that decision was made for me, in order to get me as far away from New York as possible, haha. I kept thinking I’d come right back, but ended up building a life in LA. I do go back to NYC frequently, but I hate winter, and the quality of life is a lot easier in California. Because of the internet, I feel like there is less locality in production because everyone hears everything from everywhere. However, because Los Angeles is a car culture and New York is all about walking around with headphones on, I find that this affects mixing, and on a subtler level, ‘vibes’.

5) Tell us something about your musical background. What did you use to listen to when you were a cool teenager?
I was super uncool as a teenager. Like, the least cool person. I really worshipped bands with powerful frontwomen: Garbage, the Pretenders, Patti Smith, Siouxie and the Banshees, Blondie, the Yeah Yeah Yeahs. These ladies taught me how to be a woman, and a warrior. It is a very raw kind of power and sexuality that they exuded, that I wanted to emulate. As I started to get older, I went to a lot of shows of the bands that were coming out of NYC at the time – The Strokes, Interpol, Ratatat, The Double. It was a really fun moment for music.

6) I read that when you were 20 you spent some time in rehab, then you decided to say no to alchol and drugs. Is having this kind of job and staying clean at the same time hard? After all these years i’m still asking to myself why djs often use drugs and abuse of alchol, if it’s because it’s a really stressful job or just to have more fun.
You know, I feel like if you can do drugs and drink without really negative repercussions, more power to you. I can’t. I believe I am an addict, which essentially means that once I start, I can’t stop – that if I try to control my drug use, I don’t enjoy it, and if I enjoy it, I can’t control it. It is a scary place to be. I have been living in a state of Grace where the obsession to drink and use has been removed from me. I don’t crave drugs and alcohol anymore, which is totally miraculous, because I built my entire world around them at once point.
For some people, drinking and using really enhances the party, makes the world brighter, makes the night more alive, takes away inhibitions . Similarly, DJing is about making a musical connection with a big group of people, and for some I’m sure that intoxication lets that energy flow through them more effectively. The path of creativity is often very, very close to the path of destruction and dancing on that line is exhilarating. For me, the risk is too great. Today, I love this life I’ve been given too much to not be present for it. I’ve observed that if I put my recovery first, everything else falls into place…but again, this is just my experience.

7) Since you are a dj girl you must be surrounded by men. Was being taken seriously hard at the beginning?
I think it’s a double edged sword. If people expect you have only been booked because you have tits, and then you blow them out of the water musically, it’s a good thing. It does get old when you’re constantly expected to be ‘less than’ just because of your gender, though.

8) Your EP “Transcend” is finally out (GREAT JOB GIRL!) and since we’re having the chance to talk to you, make a little review of what people are going to listen to.
Personally, I think it’s really SEXY!
Thank you so much, I am so glad you enjoy it!
“‘Tap My Wire’ is made for adrenaline, a peak-time explosion. Musically, I tried to reference somewhere between Tiga in 2005 and Anthony Rother, but modernize and twist that energy to make it my own. It was
important to add a feminine edge, some beauty – but also real toughness and grit. When you’re listening to it, I want you to feel it in the marrow of your bones, I want the sound to hit you physically. Working with
the wonderful genius that is Maelstrom, I think we hit the nail on the head.”

“‘In My Veins’ rides the line between tough techno and deep house – it is exactly the kind of vibe I want to embody in my DJ sets. Lyrically and musically, the track is dark but somehow emotional and sensitive, sensual. I hope it inspires an awakening to, and celebrating the night within.”

9) You spend a lot of time with Brodinski and Gesaffelstein. Have you ever realized that right now you are probably the most envied girl by groupies?
I don’t think I’ve realized the envy part so much as had a challenging time in terms of setting aside my own ego and not being bitchy to girls who I see hanging around. I really am trying hard to be a role model, to cultivate a different stereotype of how girls behave in nightlife because it can be really dark and sad to watch girls shamelessly throw themselves at these guys. Ladies! Have some self respect! You are smart and strong and beautiful, and watching you behave as catty, predatory sluts is tragic. Let’s try and raise the bar, for ourselves and each other. Go out, have fun and know that you’re enough as you are. You are, in fact, extraordinary. Behave as such.

10) What’s in your near future?
A lot of touring this summer around the world, more doing and making. Work is play.