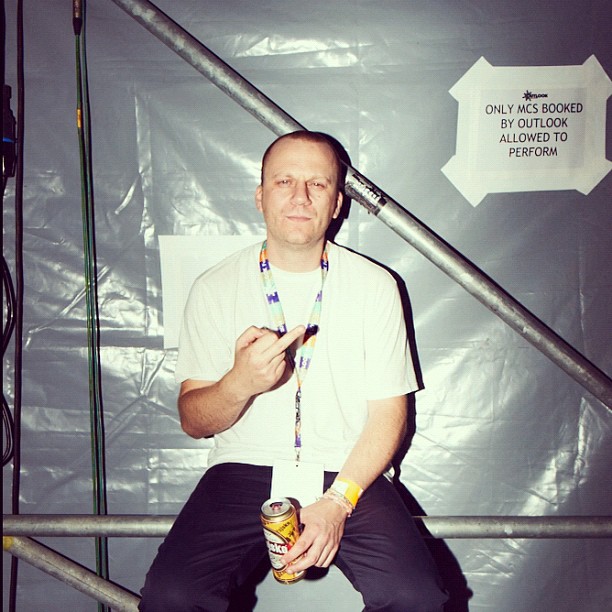 You have been running the Instra:mental project over the 2000s with your partner Damon Kirkham, but at a certain point you broke up with him. What exactly happened? Can we hope to see new productions released from Instra:mental?
Damon is one of my oldest friends, we grew up together listening to a lot of the same music and watching the same films etc etc… Nothing dramatic happened between us which caused us to stop writing music together other than our lives ended up taking different paths as we got older. There won’t be anymore music released under Instra:mental, but who knows, in the years to come we may write together again, it all just depends on what’s going on in each others lives.

Which music culture do you feel closer to your current taste? We can certainly say that you make raw techno, but electronic and drum’n’bass are not so far from what you do right now.
I never considered what we wrote as Instra:mental to be Drum and Bass, we looked at it as Electronic Music and nothing else. And it’s the same as my music written as Boddika too, sure, some is more Techno or more House or whatever but ultimately I just see it all as Electronic Music. Right now I’m always looking for something that little bit different, I like a good club track but the music I listen to in my headphones and in my own time I like to be much more challenging and thought provoking. I always enjoy listening to an interesting production sound, not too clean, not too dirty, just somewhere in between, so it’s hard for me to say what I feel closest too in terms of music culture. I just know what I like and that’s all that matters to me really.

How the collaboration with Joy Orbison was born? Are you planning new tracks together or are you planning to start collaborations with other similar artists as Midland or Pariah?
Me and Joy met at an art exhibition I was playing at in East London a few years ago, we started talking, exchanged phone numbers and stayed in touch, after that all paths led to my studio ( The Zoo ) which is where we write all our music. I like to work with someone in the studio but I feel that you have to have a good understanding of what you’d like to do and share a similar taste in music to make it effective. It turned out we had all those things and the working relationship was very fruitful.We’re going to continue writing together, we have many tracks unfinished and lots of ideas we still want to explore. As far as collaborating with other artists goes, there are no plans for that at the moment.

What kind of relationship have you got with the public during your sets? Spending almost every weekend in clubs, I have noticed that the empathy with the people is sometimes more important than the music you drop. What’s your opinion about?
In my case the music is the most important thing, I play what I want to play and aim at keeping a dance floor moving but not by playing the biggest tracks of the moment. With such a vast selection of music to choose from, I like to try and make my sets as interesting as possible and play something for everyone in the club. You’ll never see me with my hands in the air dancing around and stuff, that’s really not my style.

Who are the Techno fathers you grew up listening to and who’s the next generation of Techno DJs in your opinion?
Drexciya, Derrick May (who I had the pleasure of playing before last weekend) and a whole lot of other Electronica, Jungle, Bleep,Warp Records during the ’90s, Kraftwerk… I can’t say I listened to just one thing, I had love for a lot of different styles of music. As far as the next generation goes I’d have to say guys like Levon Vincent and Kassem Mosse have always blown me away with their production and their club sets.